Most of you know I’ve been debating for months whether to send our first daughter, Laikyn, to Kindergarten this year. She recently turned 5 late in the summer, and I just always thought she would go to Kindergarten after turning 5. I started having some hesitations back in March or April, and the decision had been weighing on me so much these past couple of weeks!

Before having Laikyn, I taught Kindergarten for 4 years and was trained in Early Childhood Literacy for many years prior. I knew all of the signs to look for to make sure she was ready for Kindergarten, but actually making that decision as a parent is SO much harder than it seems.  The teacher in me knew that she would succeed in Kindergarten and probably even the next years of schooling, but the mama in me was so hesitant to send my barely 5 year old!

A few weeks ago, I gave myself a deadline to decide if she would go or not. She was registered, supplies were bought, clothes and backpacks were ordered….but I still had this extreme feeling that I was doing the wrong thing. I felt so much hesitation when talking to her about it, when talking to others about it and exactly 3 weeks before sending her to Kindergarten, we decided to un-enroll her and wait another year.

Making the decision was the hardest part, because now I feel so much at peace with our decision. We prayed on this for months, and I kept feeling like the hesitation to send her was still there. I was never 100% positive in my decision, until I finally just prayed for peace either way. I woke up the morning after praying that feeling like a huge weight was lifted off of my shoulders and that she would go to Kindergarten right after she turned 6, next year.

I know…this is probably a VERY unpopular decision. I will likely get so much backlash for this as a parent, and she might even have to deal with some comments as she gets older, BUT the pros of her waiting heavily outweighed the cons.  I couldn’t have confidently sent her into her school years knowing that there was a possibility of me making the wrong decision and feeling like I shouldn’t have sent her after being 5 for only one month before school started.

Since I am now confident in the decision that we chose for our daughter, I wanted to share some of the reasons why we decided to wait on Kindergarten in case some of you may be going through the same thing.  Like I said, it’s not a popular decision, so I fully expect to receive some backlash, but I’m confident in knowing that we made the right decision for our daughter. . What is right for our family may not be what’s right for your family and that’s just fine! I pray that if any of you mamas (or dads) are going through this or feel like you may go through this with your summer/late birthday, that you can make the decision that is right for YOU and not everyone else’s child.  It takes prayer, confidence and stepping out of your comfort zone to do so, but I promise it feels so good to know that you’ve made a decision, weighed the pros/cons and know that you based your final answer on what you feel like is BEST for your child.

Here are some of the pieces of advice I was given that helped me make my decision:

The best advice that I got:  You might regret sending her to Kindergarten at 5, but you will never regret having her start at 6. 9/10 parents that had made the decision for their children with late summer birthdays agreed.  I hope that I can say that I agree with this statement in a few years. We will likely do the same thing with Lennyn, who is also a late summer birthday and will be in the same situation.

Just a little insight into our decision and I hope it helps you if you’re making the same decision!  We prayed on it A LOT, weighed the pros/cons, asked for advice, prayed MORE, and just really took a look at our OWN child to decide this.  While I do think she is SO smart and SO ready in so many ways, I do know that she can only succeed more if given her more time to mature.

I have gotten comments like “don’t you think she’ll be bored” and “but she’s a girl…she’s fine” and while I do agree with those, I pray that she gets teachers that will differentiate instruction to keep her engaged in learning and that she finds great friends throughout her schooling years.  I think (and continue to pray) that we’ve made the right decision, and we’re looking forward to all of the amazing things this year has to offer us! We’ll be welcoming our third baby in November while Laikyn will attend a 3-day Christian Pre-K program and Lennyn will go to a 2-day PDO for “school”.

I would love to hear thoughts from you if you have a child that’s a summer birthday. What did you do? What do you plan to do? Does gender play into your decision? As always, I hope for this space to be a place for uplifting, encouraging others and helping one another.  I also hope to be a resource, whether it is in your wardrobe decisions or much harder parenting-decisions! Thank YOU for allowing me to be real and share not only the exciting and fun times, but the struggles and hard decisions we all have to make, too! 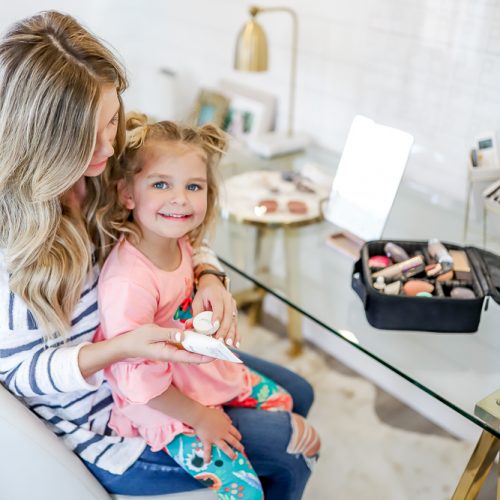 SPF For Everyday with Supergoop 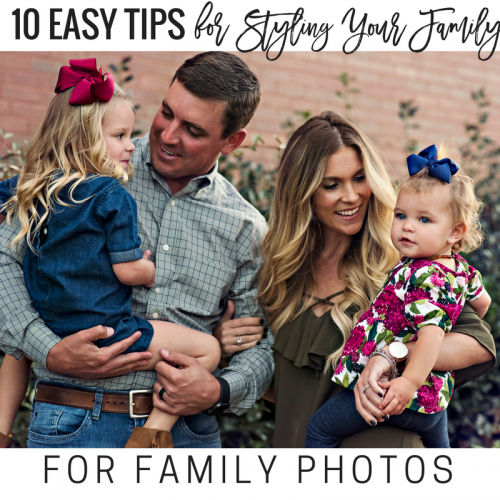 10 Easy Tips for Styling Your Family for Photos 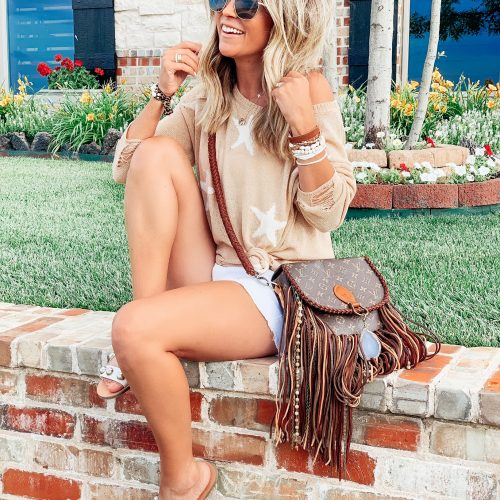 I’m a mom of 3 who thrives on excessive caffeine and lots of laughter! Here you’ll find everything from outfits to outings with my family and lots of in between! Grab a coffee & let’s hang out!
Get to know me!